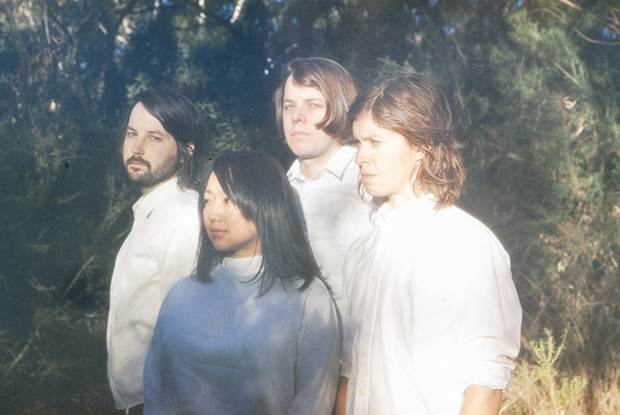 On its second album, this Melbourne quartet juxtaposes heavy, sinister elements against lighter, more delicate moments. Following its 2014 debut, Seven Drummers, Teddywaddy is stressful, vivid, temperate and gratifying. It offers a listening experience that’s missing in much Australian music at the moment.

Named for a country patch in northwest Victoria, that sense of place registers literally, metaphorically and psychologically throughout. The opening song, Steeple People, is a push-and-pull between heavy guitars and the emphasis of rhythm-driven blues. What carries the song — and indeed the album — are the vocals of frontman Marcus Hobbs, which are cradled by vivid, dark musical textures.

Here, we’re also introduced to the band’s preference for continuously building crescendos, which feel both cathartic and purposefully limited. East Brunswick All Girls Choir lets you indulge the rapture, but only for so long.

What arises across these 10 tracks is a sense of politics and ethics, as shown on songs such as Essendon 1986. As a glance into working-class life, the track is pressurised and violent. But respite can be found in the quieter solace of songs such as Never Never and Leave the City, the latter of which evokes its own title, imploring slowness and intimacy with one’s surroundings.

In this way, Teddywaddy is a crisscrossing from nostalgia to antipathy; from external place to inner psychology; from brute reality to the lure of transcendence. It takes familiar tropes — the rural Australian town, rhythmic blues, soaring vocals, the promise implied by musical peaks — and imbues them with enough originality to conjure up the unexpected.